Hydrogen is a sustainable alternative for scarce fossil fuels. It is easy to produce with electrolysis where water is decomposed into oxygen and hydrogen gas. Hydrogen can be used in various ways such as fuel for cars to replace fossil fuels. It can also be used as an energy source and there is no negative climate effect to speak of as we know of now. This sounds almost too good to be true but there are some challenges concerning future hydrogen production and consumption and what better way to find out than to investigate in the country which is the most forward looking of all; China.

To acquire more knowledge and understanding of this innovative technology, a Dutch trade delegation set of to China to talk with governmental organizations and commercial agencies. The delegation consisted of a number of innovative and forward thinking Dutch companies together with Dutch governmental entities. This took place from September the 23rd to the 28th and we are proud to announce that Veco has joined the delegation as well.

The mission was organized around the International Hydrogen Fuel Cell Vehicle Conference in the city of Rugao. The province of Gelderland is leading the mission and in addition, Wuhan, the capital of the Gelderse sister province of Hubei, was also visited. On behalf of Veco, Harrie Knol and Hans Berenschot joined the Dutch Hydrogen Trade Delegation to China. 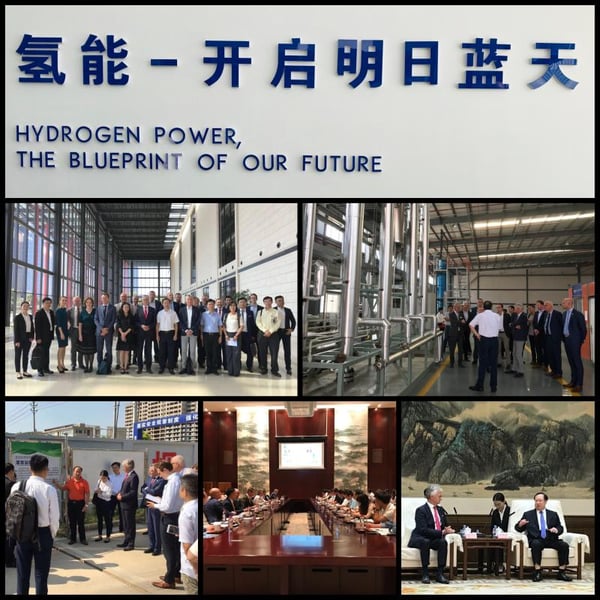 Hydrogen as a key technology in Asia

Chinese policy has changed dramatically in the last 18 months. Subsidies for battery-electric cars are being phased out and those for hydrogen vehicles have grown considerably. Not only for the vehicles themselves but also for the infrastructure required for the production and distribution of hydrogen. This has a strong industrial policy background: the Chinees government sees hydrogen as a key technology in which it wants to have a prominent place and to be as technologically independent as possible from the rest of the world.

Japan is doing its utmost to develop into the world market leader in hydrogen. Toyota is currently in the process of building a factory where an estimate of tens of thousands of hydrogen cars will be produced every year. Panasonic is active in the field of stationary energy supply with special fuel cells developed for the built environment. And then the Olympic Games 2020 are still on the program. These games are informally named the "hydrogen games".

Throughout the week in China Veco was seen as a key innovator in the hydrogen market. Many Chinese and European companies and engineers were extremely interested in our technology and knowledge. There where great conversations and follow-up meetings were planned. 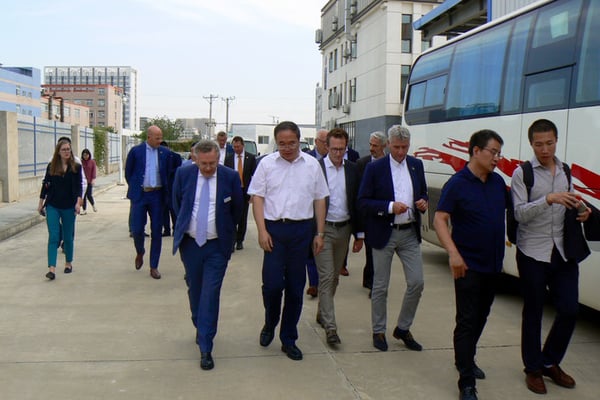 All in all it was perceived as an very interesting and worth-while trip which strengthened our understanding, our network and our opportunities in the market. Watch this space for future developments.